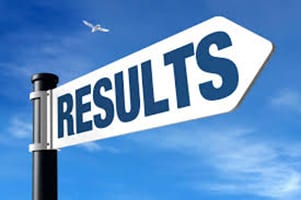 What Will You Create to be the Results?

I was so excited when I saw this report.[1] One thing you cannot argue with is results. Those surveyed have a proven track record—they are millionaires. Information is great but it must be supported with results.

This survey adds fuel to my point that belief and self-confidence are the major differences between the person who lives an uncommon life and the person who lives a common life. Ninety-four percent of the millionaires surveyed indicated that a major key to their ability to overcome negativity, worry, and fear is the direct result of “believing in themselves.”

I also like the fact that believing in myself and hard work were actually tied together. This proves my point that believing in one’s potential will cause a person to take action and work really hard. The confident person believes that he is equal to the size of his obstacles. He believes he can achieve success and significance. This man or woman will win the confidence of followers. Those who have accomplished great things in the world were not afraid of progress. They stepped out of their past prisons and into their future potential. They dared to be leaders in the midst of followers.

The person who waits for safety and security never wins the big prize.

Remember, FUD is our greatest enemy.

Achievement is the crown of effort. —James Allen, author

Some people claim that there’s a woman to blame, but I know it’s my own damn fault. —Jimmy Buffet’s “Margaritaville”