“Confidence is the bridge between where you are and where you want to go. Don’t be casual about your
confidence or you will become a casualty on the road to your destiny.” – Dr. Keith Johnson

Keith Johnson is known as one of the premier speakers on the subjects of Christian leadership, confidence building, and strategic planning. For the past 16 years, his messages, books, and leadership coaching has helped some of the largest and most prestigious churches in the world to experience spiritual, numerical, and financial growth.

Keith’s journey to becoming recognized by other leaders as America’s #1 Confidence Coach did not start out well. He failed kindergarten; and by the time he was in 5th grade, he could barely read and write and almost failed again

His parents divorced, and his father became an alcoholic, drug addict, and joined a motorcycle club called Satan’s Escorts. His own father introduced him to drugs at the young age of 13; and by 16, his father taught him how to sell drugs for a living. His mother married an alcoholic who was very abusive to the entire family.

Keith experienced a radical encounter with Jesus Christ when he was 22 years of age. He was instantly set free from alcoholism, drugs, and a promiscuous lifestyle.

Keith’s biblically based success and leadership principles have now influenced both the church and secular markets. His newest book, The Confidence Solution—Reinvent Yourself, Explode Your Business, Skyrocket Your Income became a best seller by reaching #21 in Amazon’s motivation and business category. He is a frequent television guest appearing on popular shows and stations such as New York’s PIX 11, Fox Business News, The Tom Sullivan Show, CBS, ABC, and many others. He has been recognized by Women’s World magazine as one of America’s “Ultimate Experts,” which is the most read women’s magazine in the world.

Keith Johnson, PhD, is a dedicated lifelong learner. He earned a Master’s of Christian Leadership and a Doctor of Philosophy in Theology from Christian Life University. He is the founder of Destiny College International, an accredited college specializing in graduate training for pastors and business leaders. He is a certified speaker, trainer, and coach for the John Maxwell team.

Dr. Johnson was jobless at the age of 35, with no money, no perceived opportunities, no influential relationships to help him—and 40 pounds overweight. He had absolutely no confidence for a better future!

Then he discovered the proven biblical strategies for success that changed his life forever. In less than three years he was earning a six-figure income, working for himself, living in the house of his dreams, and traveling around the world.

Today, he has trained over 147,000 Christian leaders, he travels worldwide in response to invitations, and he is the author of five books that share his success secrets. 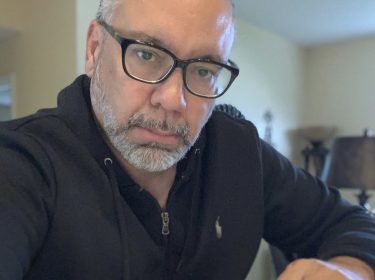 SUCCESS can make you FEEL Stuck Dr. Keith Johnson, America's #1 Confidence Coach [arve url=https://youtu.be/0KLnuXnUQdY] I bought Your General Ticket - Click Here Your next level of achievement demands that you have more…

Who Wants to Break into the $100 Billion Coaching and Consulting Industry?
Now is the time for YOUR dream to come true as a dynamic life, leadership, church growth, and business coach!