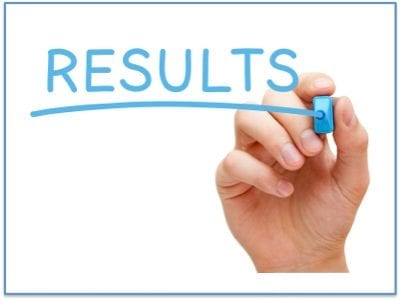 The Confidence to Produce Results

My personal confidence level throughout high school was very high in the areas of sports, appearance, and social acceptance. I was the “life of the party” and the captain of my high school track team. However, my confidence level concerning my communication skills and intelligence was very poor. I did not believe I was smart. Remember, starting in kindergarten I had been told that I was stupid.

Although my parents never said these derogatory things, they never told me that I was smart either. This omission caused its own kind of damage. Toward the end of my senior year, I thought that I was not smart enough to go to college. I set a low standard for my life because of a lack of belief in myself. Instead of attending a four-year college or university like the rest of my friends, I chose to go to an auto/diesel mechanic school because I thought it would be easier and best for me since they provided more “hands on” training than “book” learning.

During the first week, I realized there was both book work and practical training. I decided to buckle down, open my books, and study. To my amazement, I discovered that I wasn’t as “dumb” as I once thought. I finished the entire schooling with an A average. There was just one major problem. Although I completed the bookwork, I had a terrible time with the practical shop work. It became obvious that I was not designed to work with my hands. I hated working with my hands, and the thought of getting my hands greasy totally disgusted me. This is always the joke around our family gatherings today, “Keith a mechanic? Ha! The guy who gets pedicures and manicures.”

My natural talents and abilities surfaced—networking, communicating, encouraging, and teaching others. When I was younger, I thought my time going to that technical college was wasted. However, in retrospect, I realize that it was during that time when I started believing in myself. I realized that I was intelligent. When I started believing in myself and my potential, I had the confidence needed to take action to apply to a university. Today, I have earned a master’s degree and a doctorate degree from an accredited university.

This brings us to our Results Triangle: Belief + Potential + Action = Results.

Because my belief was…I am stupid, my potential was crippled producing an action of not applying to a four-year college. The result was doing something I hated!

Now for the good news! When my personal belief changed, my results changed.

Jesus said to him, “If you can believe, all things are possible to him who believes (Mark 9:23).”

The very foundation of confidence is built on what you think, know, and ultimately believe. Beliefs are nothing more than a by-product of what you have thought long enough about that you have bought into it—always remember that. What you believe is a collection of continual thoughts that have formed themselves into a conviction or a feeling of certainty. Your personal belief in yourself or lack thereof, will show up in the way you talk, walk, work, act, and the results you achieve in the earth.