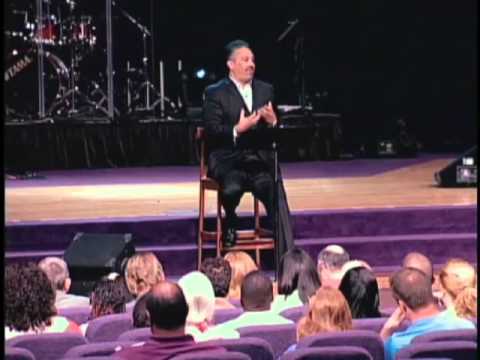 Destiny In The Heart Of A Leader

Jack Welch took over as the CEO of General Electric (GE) during a time when the company was facing some major challenges. This leader of destiny totally turned GE around. He stated that the first step, before all other steps, was for the company to “define its destiny in broad but clear terms. You need an overarching message, something big, but simple and understandable.”1 What was the biggest problem General Electric was really facing? Apparently the lack of a clear destiny. Jack Welch and GE came up with a statement of destiny when they set the following goal: “To become #1 or #2 in every market we serve and revolutionize this company to have the speed and agility of a small enterprise.”2 Armed with a profoundly simple, clear, and compelling destiny, Jack Welch led GE into a new and prosperous future. At forty-three years of age, Henry Ford wanted to improve transportation beyond the slow pace of a horse and buggy. He also wanted to meet an immediate need of producing a car that every person could afford and own. Henry Ford led his company forward with destiny burning in his heart to “democratize the automobile.” He said: [To] build a motor car for the great multitude…It will be so low in price that no man making a good salary will be unable to own one—and enjoy with his family the blessing of hours of pleasure in God’s great open spaces…everybody will be able to afford one, and everyone will have one. The horse will have disappeared from our highways, the automobile will be taken for granted.3 One of the greatest examples of destiny is Sony’s vision in the 1950s for its future: We will create products that become pervasive around the world…We will be the first Japanese company to go into the U.S. market and distribute directly…We will succeed with innovations that U.S. companies have failed at—such as the transistor radio…Fifty years from now, our brand name will be as well known as any in the world…The name Sony will signify innovation and quality that rival the most innovative companies anywhere…. “Made in Japan” will mean something fine, not something shoddy. Like Jack Welch, Henry Ford, and Sony, ignited by a destiny that was simple, clear, and compelling, your vision for a bigger and better future will serve as a unifying focal point of productivity and achievement, ultimately creating immense team spirit.

You do not have to be a charismatic leader to build a great organization for the future. However, you do have to be a leader who imagines the possible and understands how to inspire and motivate others. Imagine what is possible; believe it is possible for you! To ignite a destiny requires you to think the unthinkable. You can increase your leadership confidence by using your imagination. All creation begins in the imagination, which is the primary source for creating change and the incubator of all ideas that eventually make their way into reality. Your imagination creates and preplays pictures of things you want to happen in your future. Visualize now what your achievements in the future are going to look like. Your imagination is an invisible factory machine inside your mind waiting to produce the photographs of the future you desire to create. Through your imagination, you can visualize and create a beautiful, undeveloped future that is in line with your true potential. Consider a destiny with an impact so dynamic that it will last at least one hundred years after you have expired. Your destiny should be a massive broad stroke of what your future will look like—it should not be measurable. Ready for the next video? Click Here to learn about Church Growth. Wasn’t this such a fun and exciting post! You can learn, so much! Please leave us a comment about what you have learned.