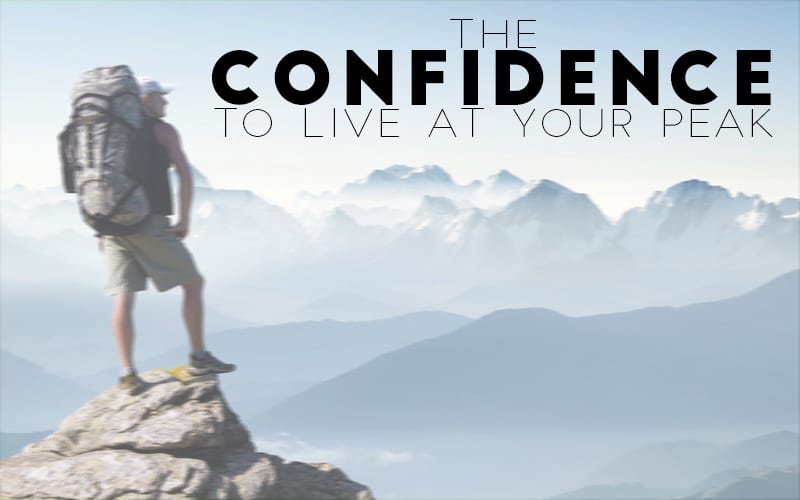 The Confidence to Live at Your Peak

in knowing you made the effort to become the best of which you are capable. —Coach John Wooden

John Wooden and his legendary UCLA dynasty won ten NCAA championships in 12 years, including 88 straight games and four perfect seasons. He was also named coach of the century by ESPN. In his book, Wooden on Leadership, he writes of the key principle that he learned from his father, which he emphasized during his coaching career.

What he said about success—“winning the race”—was uncommon for his time and even more uncommon today. His words are the core of my philosophy of leadership, perhaps the single most important concept I’ve learned and taught over the years. “Sons,” he would tell my three brothers and me, “don’t worry about whether you’re better than somebody else, but never cease trying to be the best you can become. You have control over that; the other you don’t.” Time spent comparing myself to others, he cautioned, was time wasted. This is a tough lesson to learn when you’re young, even tougher when you grow up. “Johnny, work hard to get as good as you can get,” he’d say. “Do that and you may call yourself a success. Do less and you’ve fallen short.” I did my best to follow dad’s advice.

So, say to yourself…I want to reinvent my life, explode my business, and skyrocket my income. Therefore, I must always push myself to become my personal best. Now, I know from personal experience how very easily I can be deceived by my own exaggerated opinion of myself. I have a tendency to believe my own headlines. I often find myself thinking I am doing my best. But I must always ask myself this self-coaching question, Can I better my best? The answer is always, Yes, I can better my best. This is the true attitude for ambition that is defined as “the desire to be the best at what I do” in the dictionary. In my seminars, I often say, “I can teach you the tools for success, but you must have a personal ambition to succeed.”

Focus on becoming your personal best instead of wasting your time comparing and competing.

I watched an interview with the Shaquille O’Neal. When asked about being a role model for kids he said, “I don’t want to be a role model because then you are playing a role like an actor. I want to be a real model. I am a real person who makes mistakes but I am working at getting better. I want people to see a real model and say I want to be better than Shaq.” Put a picture on the wall of somebody you admire and keep saying, “I’m going to be better than that person.” So, that person becomes a confidence solution example to inspire you to become better than you are.